Know your garden.
It is time to speak your truth.
Create your community.
Be good to each other.
And do not look outside yourself for your leader…“

This is not the post I had been thinking of writing for today. I thought I’d be writing about the multitude of invitations everywhere I look to make the best of these times by either learning something new (a language, sourdough, a craft, sourdough, a home haircut, sourdough, a cocktail), or streaming culture and entertainment (architecture, travel sites, theatre, film), or becoming the person I’d always wanted to be, so on and so forth. I’ll save that one for another day as I don’t think they, nor my reactions are going away any time too soon.

Nor is this the kind of post I typically write, instead choosing to use this space to reflect and write about the beauty of my imperfect, sometimes broken, and mostly well-lived life. Maybe uplifting, enlightening and inspiring others in the process. But yesterday (I’m writing this on the Friday before Monday’s post), something broke through.

For the past week, since receiving a lovely “touch in” email, I’ve been reading the posts from a woman whose way of being in the world I highly regard. Jennifer is a radiant truth-teller. She dives deep in her life, in her work. She rides the edges, weaving together a way of sense making from various disciplines and much research. Being on that edge, as a bright, intuitive, feeling type, her perceptions and perspectives can perturb and create push-back in others. I see in her, a younger, albeit refreshingly less tamed version of myself. Perhaps that’s how I’m able to “see” her, to notice and name for her. And we both know and appreciate how essential this is to our becoming.

She’s been challenging herself, and by way of posting, me and others, to stay awake to the unintended – and perhaps, even, insidious – consequences to government responses to this pandemic. I was already sensitized to the “war” metaphor being used in the messaging at home and globally. But when I first read her words and sat with her questions, I felt agitated and shaken in my gut. My head tried to make sense of what she wrote, which only made me feel more anxious. I took a deep breath, paused, and consciously stepped away until I could process more of what she had invited. Yesterday I stepped back in and saw with new eyes.

In the morning paper, in rapid succession, this drew my attention, though most every page had something that sparked with a new light:

“Liberal minister Dominic LeBlanc told CBC News that he’s already been in discussion with cabinet members, including Justice Minister David Lametti, to bring in some form of legislation to tackle online misinformation regarding COVID-19.”

And I’m thinking, holy cow, we’ve never walked this path before. What we and our international and federal health so-called experts are learning about this virus shifts on a dime. We raking them over the coals for not knowing everything and then for changing their tunes, and for perhaps, even, being in cahoots with China. So, who in hell is going to determine what is and is not accurate in social media? And is this not, despite what MPs are quoted as saying, censoring and a violation of our right to free speech?

Then on the same page this headline, “Harsh tactics wrong path?” wherein:

While I get the need for monitoring, en-force-ment (translate: with force) and discretion being given to bylaw and police officers deeply concerns me. In my country and others, we’ve witnessed, and may even know first hand, the grave misuse and abuse of power by such officials.

And on the previous page of the same paper, commenting on the hypocrisy of our Prime Minister’s Easter time-out with his family after saying physical distancing is for everyone, Lorne Gunter makes reference to a local woman who reported to Alberta Health she saw more people leaving a church than allowed under these new public health regulations. He opines:

“I hope we are not becoming a nation of snitches.”

My immediate reaction was the sudden flash memory of hearing stories about Eastern Germany, where family, friends and neighbors “snitched” on each other to the Stasi, resulting in extremes of cruelty and torture, broken trust, and a terrorized-traumatized people and country, the reverberations of which are still felt.

Call it synchronicity, but right after reading, I received an email from a friend inviting me to sign a petition to rescind Alberta’s Bill 10, legislation designed to give unbridled and unchecked rights to the government, for an indeterminate length of time, to enact and revise legislation deemed necessary to fighting this war on this pandemic. Weeks earlier, the federal government was stopped trying to enact similar legislation. Signed and sent, I then edited and customized, referencing my read of the news, the email template to send to friends for their consideration and action.

A few hours later I left our safe cocoon to run some errands, the first time in over a week. Yes, we are self isolating, or as I prefer to say, in “compassionate retreat.” Yes, we are wearing face masks when venturing out into peopled spaces. And while this may seem contrary, we feel it is prudent, and probably should have heeded our own research and knowing to have done so earlier.

Dropping off “love parcels” to my friend and her young children, I was suddenly worried that being masked, I’d frighten the children. We managed, carefully keeping our distance, wishing we could hug. They knew me. It was OK, maybe.

In the grocery store, I felt the “sur-reality” of seeing more people than not wearing masks (except the staff, which I’ve learned in many stores have been advised not to wear. WTF why not!?!), of floors marked with direction arrows, and safe distance boxes. To soothe my growing anxiety, I had to convince myself that while out of the ordinary here, wearing face masks is “de riguer” in Tokyo. I know I was too close to people in the aisles, and touched too many vegetables, albeit in gloved hands. By the time I left, disposing those gloves in the small mouthed waste bin, washing my hands at the cleverly designed portable station, I was overcome with tears for this all. And once home, told my husband, he could resume the “hunting and gathering” for us. I’ll stick to the cooking.

At the post office, there to drop off another “love parcel” to a friend before she enters the holy month of Ramadan, the gloved clerk, behind the plexiglass safety barrier, asked if I’d be paying by credit or debit. In the moment that struck me as odd, off. When he opened the cash drawer, I worked up the courage to ask “Are you not accepting cash payment?” and was told, no, that their boss had told them not to accept cash, unless that was all the customer had. “This is dangerous,” I replied, though agreed that yes, in this immediate context, probably safer not to handle cash, but in the long term, what could be the consequences of a cashless society?

Still masked, on to the bank to deposit my GST refund. Again, my first time experiencing their safety protocol. Happy for the sun and warmth to stand outside, a woman my age complimented me on my jacket, broke the ice for a quick exchange on the oddity of these times. I shared my experiences of the morning, how shaken I felt. Not wearing a mask, she braved to share her take, could this be the move for a one world government, she offered, a theory I’d studied over the years. Then she described watching a recent documentary where Swedes and corporate employees are now micro-chipped to ease security access into workplaces and gyms, to buy train tickets, to go cashless. “The internalized smart watch,” I’m thinking. “Marked by the beast,” she suggested, eyebrows raised.

Finally, driving home, I listen to our national radio station playing a favourite classical composition, Handel’s Water Music, and in a flash, it dawns on me, “We’re being placated while all hell is breaking lose around us. Let’s soothe the masses, like when then President Bush suggested the American people go shopping to cope with immediate aftermath of 9-11.” Like hearing the sudden “chirpiness” in our local news anchors on Monday, an about face from their typical style during this period. Why? Why now? And who initiated this shift in public presence?

By the time I walk through the door, whoosh, outrage had broken through weeks of disbelief, grief, and fear. Describing my experiences to my husband as we put away the groceries, I remembered that eery but fascinating sixties TV show, The Prisoner, where throughout the sinister story line in each episode, lovely music played throughout the village.

Like my friend, there is so much about all of this that I don’t know. I do know none of us, including the people we elected to our governments and appointed to oversight agencies (WHO), have never walked quite this path before. But there have been similar journeys, when those in charge made pronouncements and plans to ready us better for next time, but once the urgency passed, are forgotten or deemed unimportant. Not unlike most of us, relapsing to ease, complacency even. I see our remarkable ability to adapt and “pivot” in our understanding and responses to “flatten the curve.” I’m of two minds when it comes to “re-opening the economy.” I don’t want us to move too quickly “getting back to normal” because the risks might be too great, the new insights lost, the promises broken. On the other hand, there is so much suffering now, including and beyond the pandemic’s fatalities and their grieving family and friends.

“We will not go back to normal. Normal never was.
Our pre-corona existence was not normal other than
we normalized greed, inequity, exhaustion, depletion, extraction,
confusion, rage, hoarding, hate and lack.
We should not long to return, my friends.
We are being given the opportunity to stitch a new garment.
One that fits all of humanity and nature.

…By noticing what is odd or off or no longer fits.

…By asking and calling out what is suddenly incongruous.

…By staying alert to the barely emerging patterns, and as, if not more, importantly, to the spaces in between. Focusing so much energy exclusively on the pandemic, has me wonder what am I being distracted from seeing? What else of real significance do we need to be attending?

…By burning through the mind numbing fog of “settling for and with” to illumine the fullness of what needs to be seen and known.

…By daring feel the discomfort and distress of being dis-illusioned into speaking a new truth, couraged into writing a new story, stitching together a new garment.

Since my holy outrage broke thorough, I haven’t felt nearly as namelessly agitated, anxious, scared or angry. I have felt the energy, the clarity, the focus, and the unequivocal knowing that a more beautiful “what next” is not only possible, but is in the making right now, with every breath I take, every choice I make.

Now to keep my fires stoked. 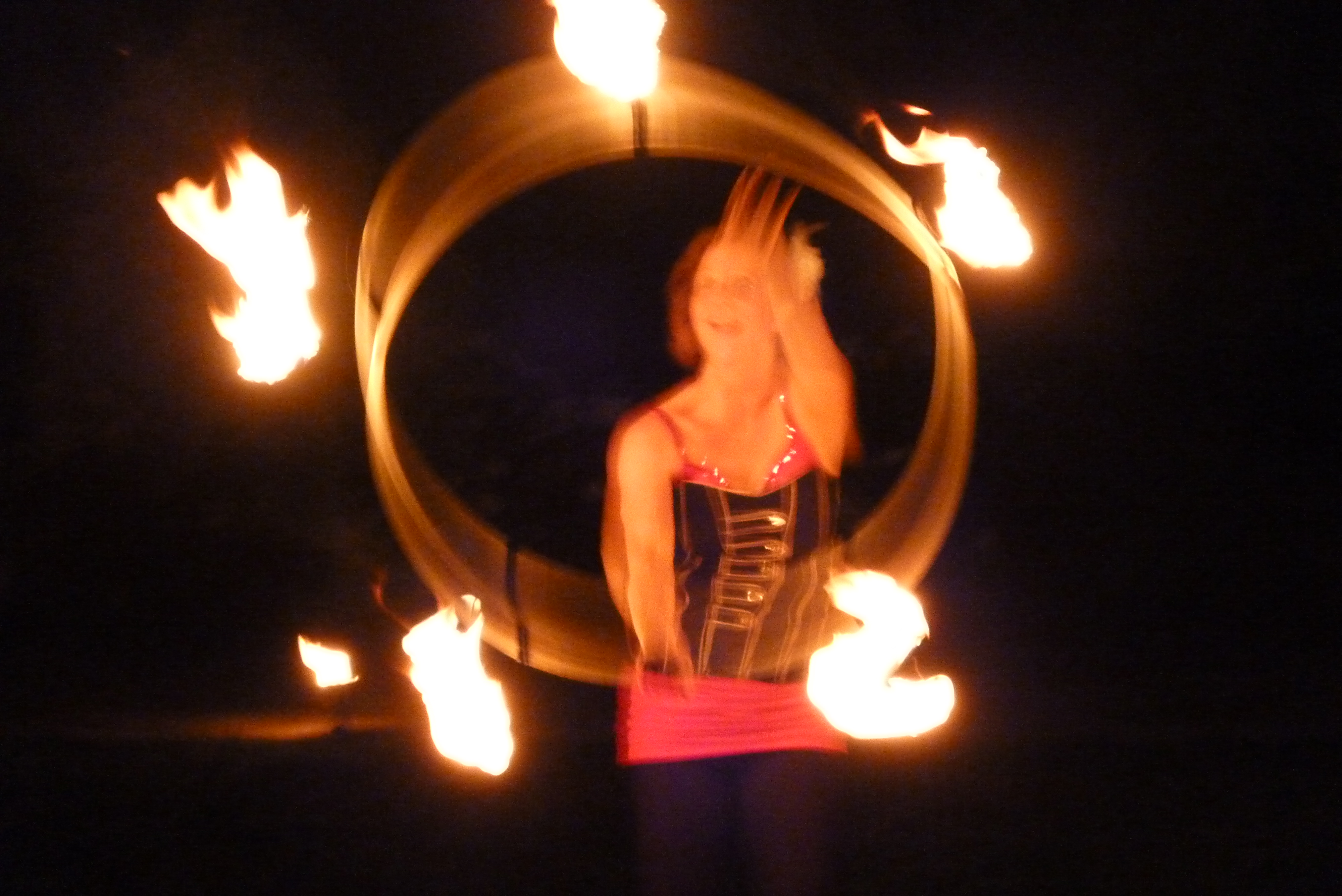 attending to the inner life to live and lead with kindness, clarity and wisdom; writing to claim the beauty in her wabi sabi life View all posts by Katharine Weinmann

Original words and images on this site are copyright Katharine Weinmann at date of posting. You’re most welcome to contact me for permission to use.